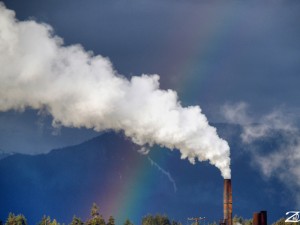 The arrogance of our mass consumption and pollution?
http://www.cbsnews.com/stories/2010/06/13/national/main6577252.shtml

The arrogance of our religion?
http://news.cincinnati.com/article/20100615/NEWS01/306150004/-Touchdown-Jesus-statue-Solid-Rock-Church-75-destroyed-by-lightning-fire

The arrogance of our war?
http://blog.foreignpolicy.com/posts/2010/06/14/say_what_afghanistan_has_1_trillion_in_untapped_mineral_resources 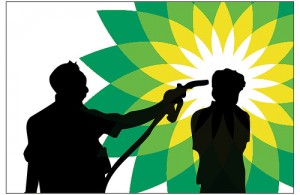 It was only a matter of time.

The elitist run American mainstream media has finally begun its “we are all to blame” mantra regarding the BP oil spill in the Gulf of Mexico. ” Hey, you drive a gas powered car, you are not innocent!”

Like a sheen of oil…they purposely try to disperse the blame far and wide…… to the everyday average American. It’s not being done to awaken you or to evoke positive social change, mind you.  It being done to shame you and thereby take some of the heat off an industry that remains one of their biggest sponsors, with the end game being preserve “the system”.

Afterall, the mainstream media as we know it, depends on the American mass consumption machine for its very survival…..and fossil fuel is what feeds that beast.

The mantra was the same soon after the financial system collapsed back in the Fall of 2008. Spread the blame far and wide for what the elite perpetrated – mainly to the middle class, that way the “status quo” system will be preserved.

And sure enough, it worked… for now anyway.

Never mind that almost every statistic on the books documented that real wages in the middle class had fallen or been stagnant when compared to the true cost of living since the early 80’s.

Never mind that the vast of majority of middle class Americans have not been flipping houses, buying second homes, or “living beyond their means” in other ways for decades…..but instead have been desperately stuck treading water in a system which left them little choice but to use credit for key essentials such as food, shelter, transportation, and secondary education…..IF they wanted themselves and/or their families to remain afloat the in the middle class that is.

Yet “spreading” the shame of this oil disaster continues by the elite run media.

Of course we all use oil. And alot of it.

Oil is in just about every product. Look around the room as you sit…good luck finding an item that is not petroleum based, derived, or dependent. In fact, our country by and large operates and looks like it does because we have had access to such cheap fossil fuel for such a long time.

But Nature is holding up a dead pelican now, a pelican which used to thrive in what could become one horribly degraded ecosystem.

She is showing us just one of the real prices of fossil fuel.

She won’t let us off the hook.

But our elite leaders do.

And they have done a pretty damn good job of hiding the real price of fossil fuel from us for a long time – and not just environmentally speaking.

IF you knew the real price of fossil fuel,  would you pay it?